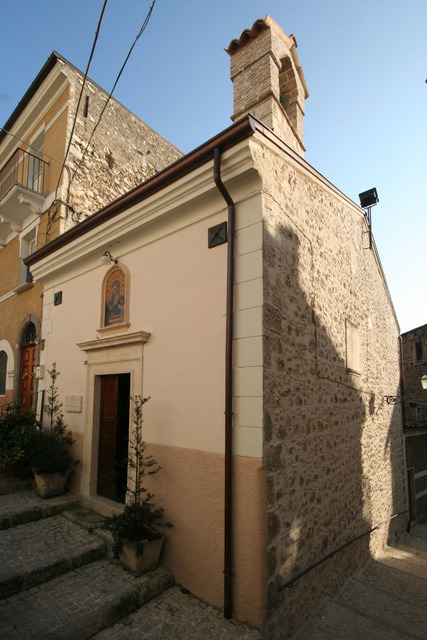 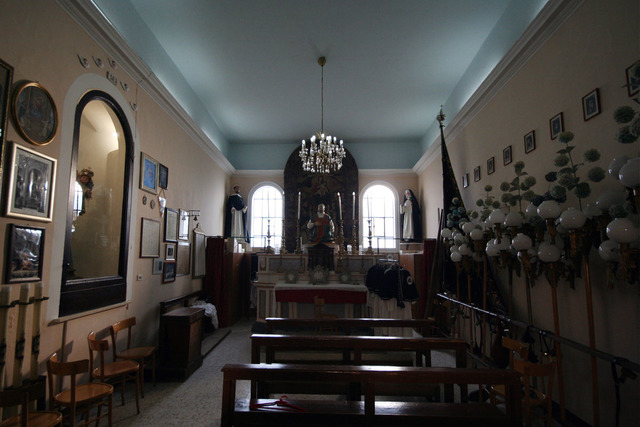 The church, which was built in the 17th century, is located within the Hamlets of Antera and that of Madonna delle Grazie.  It has, over the centuries, been subjected to various restorations and today appears in its 19th century appearance.
It was donated in perpetuity to the SS. Rosario Confraternity  on January 17, 1760 - according to an act by the notary T. Melchiorre - which was then recalled several times because the confratenity didn’t have a headquarters where they could keep the "bags" and the vestments.

On the outside of the church there is a crowned, straight facade overwhich is a semi-circular painting showing the figures of the Virgin with child, St. Dominic and St. Catherine.

Inside the rectangular room, which at one time was covered with a barrel vault and has now been replaced by an anonymous flat ceiling, there is a wooden sculptural group of the Madonna of the Rosary and child which, together with St. Dominic and St. Catherine, is carried on the shoulders by the lay brothers of the Rosary during the procession through the main streets of the town on the first Sunday of October. It should also be noted that there is a painting of the Virgin of the Rosary with the fifteen mysteries.