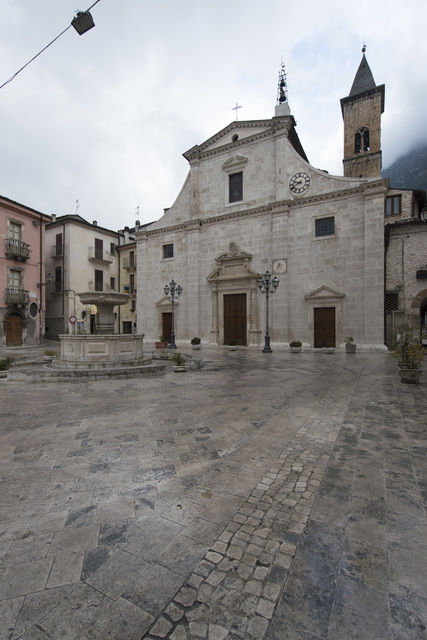 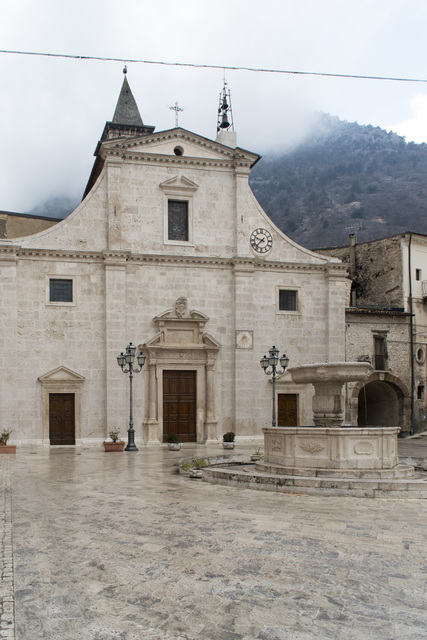 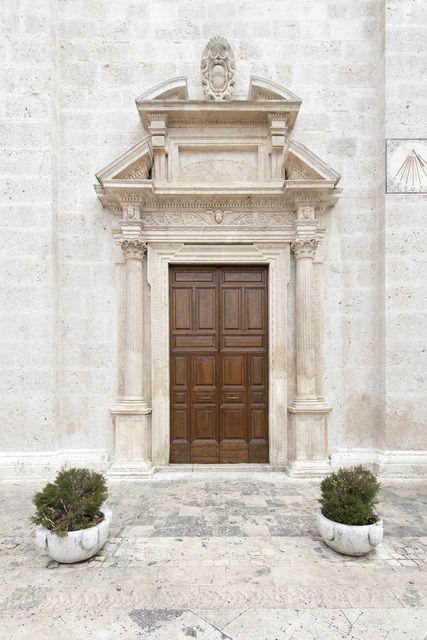 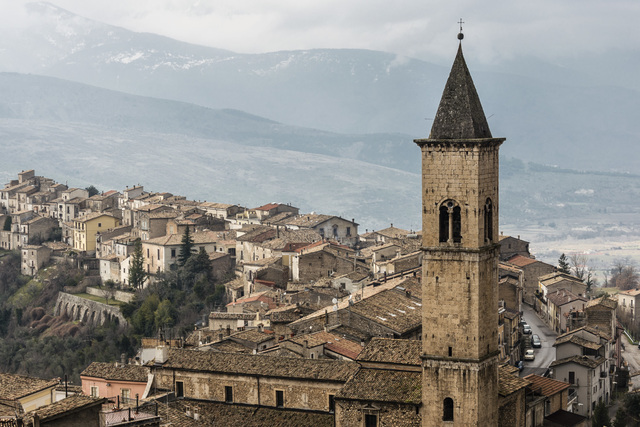 The construction of the parish church of S. Maria Maggiore, located in Piazza del Popolo, is attributable to the 15th century. As was customary, the building was constructed starting from the apse and then, later, the facade and its architectural and decorative features were added and completed in 1603, when the Episcopal Synod of Valva was held here. Then between the 17th and 18th centuries, the interior of the church was decorated with side altars in the Baroque style and, in the late 19th century, the vaults of the aisles and the flat ceiling of the central hall were decorated with stucco made by Bernardino Feneziani from L’Aquila and the Pacentrano Attilio de Chellis.

The church has a facade with two orders made from white Maiella stone accroding to the tastes of the 16th century. The lower area is divided into three by slender Tuscan pilasters supporting a string course decorated with ledges and three framed portals: two lateral and a bigger middle portal, which are dated 1603. Two simple curvilinear sides ensure the connection of the top section with the triangular pediment, which includes a recessed window in moulded stone and a broken triangular pediment. A note of interest, the richly decorated main portal which dominates every architectural element with its motif of Ponziano crowning (a recess embedded in the tympanum) denotes close ties with the Roman architectural style at the turn of the 17th century. Some areas of the adjacent Rossi building once belonged to the church as is proved by the finely decorated windows, on which we can see: "AMMM 1634 ".

The interior of the church, from the 15th century, has three naves, the central one is very large and high and ends with the polygonal apse. The two sides are separated by the nave with round arches that are set on pillars with an octagonal base. The aisles, covered with cross vaults, include numerous side altars that were built during the 17th and 18th centuries. The top of the round arches of the nave, the high-up clarestory windows, the walls of the apse, the flat roof of the nave and the aisles were all decorated in the 19th century with stucco reliefs featuring sacred images and geometric and floral motifs . On the left-hand side of the nave, anchored to one of the slender octagonal pillars, is the pulpit made from walnut in 1653. The interior is full of notable wooden works such as the confessionals, the organ and the polygonal choir which opens out behind the main altar. Under here, in a niche that is accessed via a staircase, are the relics of San Crescenzio the Martyr, which were transferred to Pacentro from the catacombs of St. Priscilla in 1753.

The apse connects to the bell tower which was begun in 1578. The lines of the structure, which although simplified, closely resemble the famous example of the church of SS. Annunziata near the centre of Sulmona. Divided horizontally into four sections by moulded cornices, the bell tower has a square base and features four top windows. The entire structure is completed at the top by a pyramidal spire roof.