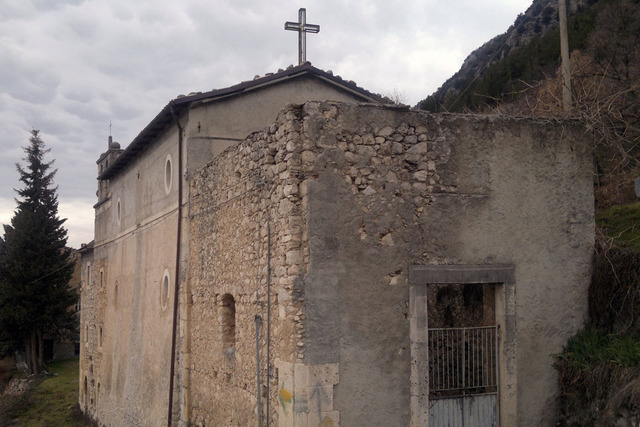 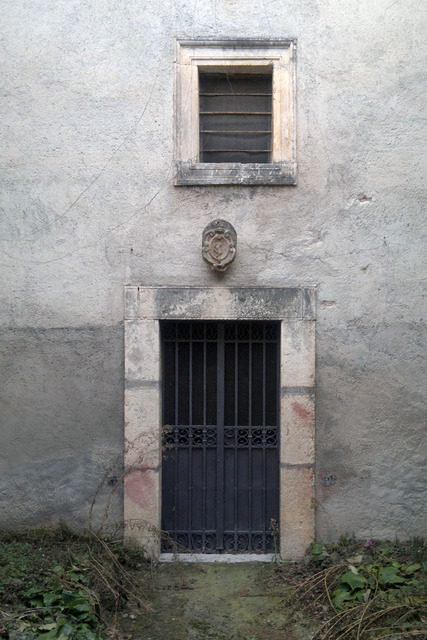 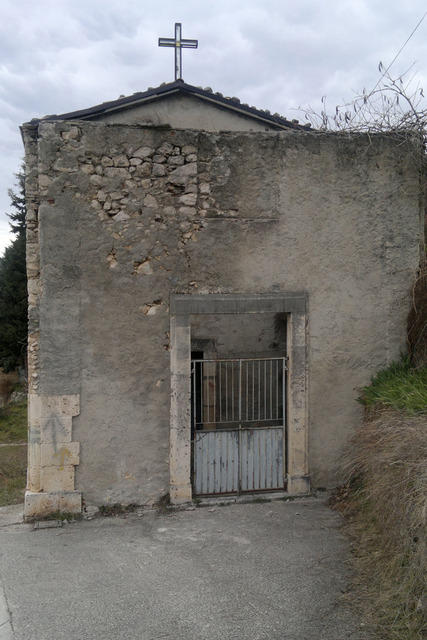 
The small church of S. Maria dei Monti was built in 1616 for Alessandro and Cesare Jacobucci. According to a 17th century parchment document preserved by the S. Carlo Borromeo confraternity in the S. Marcello church, during the 17th and 18th century it was also the headquarters of this brotherhood. The entrance of the church is reached via a small un-paved, open courtyard which is situated in front of the building. Inside the church, there is just a single room covered by a barrel vault. The side walls feature two recesses and the main altar is situated on the end wall. In the middle of the room there is a hatch with the inscription “CARNE ET OSSA”. (Flesh and bone).  This is a reference to the many graves of plague victims from the 17th century which are situated under the church. The church also houses several paintings with the motto V.F.G.R. i.e. “Voto fatto per grazia ricevuta" (Given in thanks for a grace received).   The votive paintings illustrate the dangers that the worshippers, particularly those who had emigrated to America, would have escaped thanks to the Madonna Dei Monti the other Saints who were worshipped in the village.